STAY SAFE wherever you are. Get RM5 OFF SHIPPING charge with min purchase: RM150. Use CODE: FREESHIP

When is Chinese New Year 2021? It is on 12th of February is the day celebration of Chinese New Year (CNY) which is celebrated by Chinese all around the world. People of all backgrounds unite to see the soul and tradition of the Chinese people come into full flow. For instance, the streets come alive with a noisy parade of lion dances, elaborate dragons, and stilt-walking. I remember going to a Chinese music festival, which was an incredible feast for the eyes and the ears. The diverse soundscape of traditional Chinese folk instruments left me speechless! The incredible things about the New Year is how the Chinese people come together.

However, seeing the spectacular dragon dances is a must for Chinese New Year. In ancient China, the dragon was considered as a helpful beast to the community, associated with longevity, fortune and rain. Along with gongs and the heartbeats of drums come the sounds of firecrackers. Do you know about the “Legend” says, long ago, there was a monster who terrorised the townsfolk and animals at the end of the year they discovered that the animal was frightened of loud noises, bright lights and the lucky colour red is everywhere, especially on special envelopes in which parents and grandparents give money to their children on New Year’s Eve

As you guys know that this festival is with Pineapple Tart as we are the one that will produce the stock of Pineapple Tart, as they said a must-eat during the festive season. The Cantonese term for pineapple is “wong lai” which conveys the idea of ushering in prosperity. With that, the Crispy egg rolls are common in southern China, but the Singapore version, called love letters, contains coconut milk. That suggests that Straits-born Chinese or Malays gave the original a local twist. For the same reason, “kuih bangkit”, which is made from tapioca flour and coconut milk, is likely a Peranakan or Malay invention. 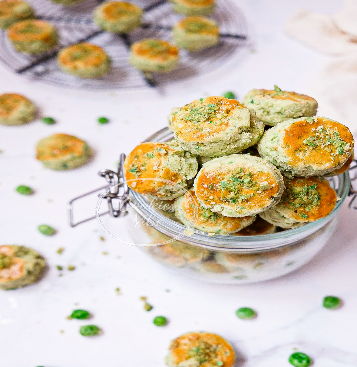 Important thing to know is avoid sending gifts like knives, scissors or other sharp objects, as they’re seen to ‘cut away’ the luck (bad luck). Other than that, if you notice that Chinese New Year is all about bringing families together and closer as we did something with Viber’s Family sharing and be grateful. So, how are you celebrating this Chinese New Year? Whatever the traditions, feasts or parades may be, the most important thing is the coming together in harmony, and the thankfulness for the year past, the new opportunities, and the people who are always there with you on this one, incredible adventure.

If you guys have Chinese New Year 2021 quotes for your family or friends, feel free to comment it in the comment section :D

New Hot -25 %
Chocolate Heaven- Mini, Medium & Jumbo
Chef Notes:This one without a doubt is one of the food of the gods. Heavenly coated with button almonds after layers of luxurious milk chocolate and d..
RM14.18 RM18.90
Ex Tax:RM14.18
Add to Cart
Add to Wish List